Margie took the photo of Raul (father) wearing his son's graduation gown because he wanted to know how it felt to wear a gown. (names listed) 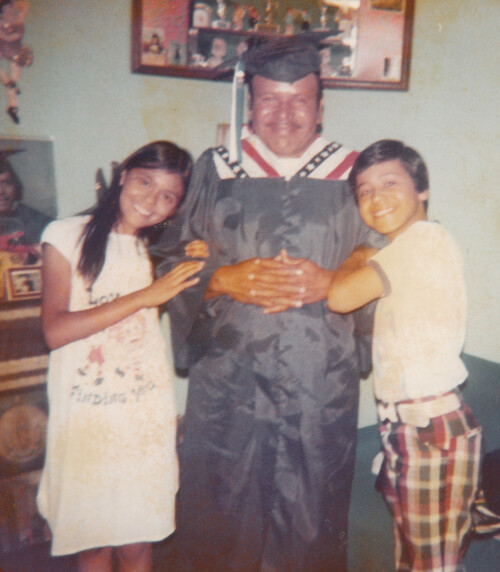