Backyard of 1120 5th St., playing with the puppy, Juan Lopez took the photograph. 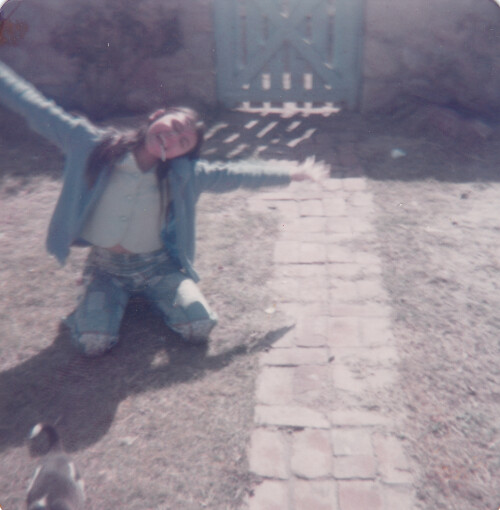