Families were evicted from home. Abel helped put up tents for the families. The soldiers were also helping 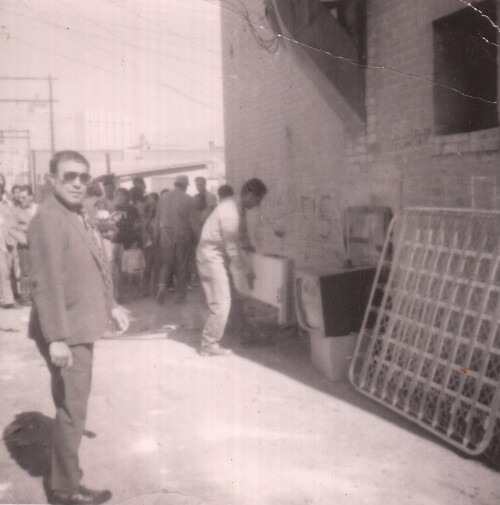