Bowie Bear stuffed animal, bear would be put on top of car during homecoming parade. 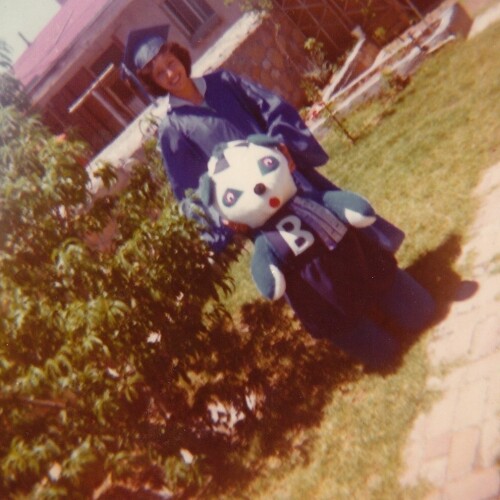