Image Description: A group of young boys and girls are paired up as dance partners in this blakc and white photograph. The first couple in the foreground of the photograph are holding hands. The girl is on the left hand side of the photo and she is looking straight at the camera. She is wearing a dance costume of a short sleeve blouse and round skirt, with ruffle socks. The boy is wearing a button up, long sleeved shirt with black pants and a sash. The couples in the background are wearing similar costumes. 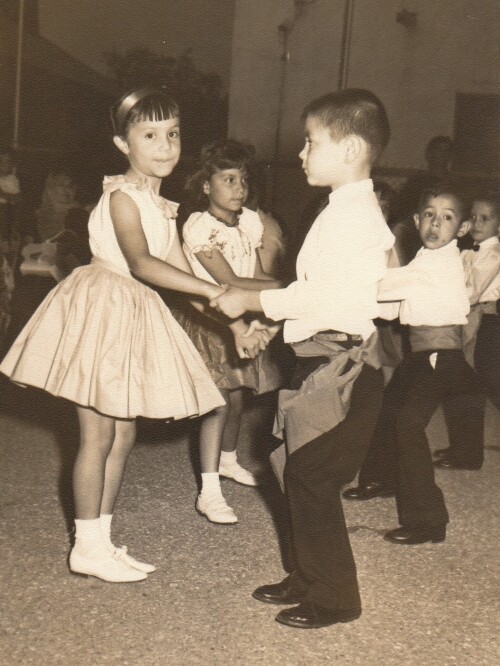