Lopez Apartments, currently there as of September 2016, almost at the corner of Ochoa and Paisano. The same balcony is still there since the picture was taken.

These are the Lopez Apartments, currently there as of September 2016, almost at the corner of Ochoa and Paisano. The same balcony is still there since the picture was taken.

March is Women's History Month. Think has happened to both women since the 1950's. 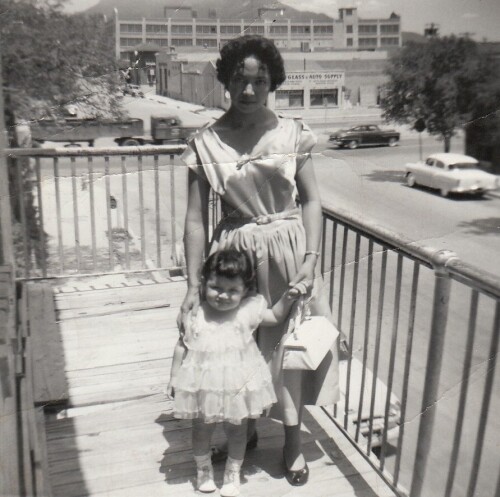