The best-known El Paso Jesuits invented programs to fulfill unmet needs. Jesuit Father Carlos Pinto, known as the Apostle of El Paso, was the most prominent of a group of Jesuits from the Naples Province of Italy, who were driven out of their homelands during the Revolution of 1860 and became missionaries in the American West. From the rectory at Sacred Heart, Fr. Pinto and the Jesuits served faith communities up and down the Rio Grande Valley and on both sides of the border. Under his leadership, the Jesuits built 14 churches and seven schools between 1892 and 1917.
http://jesuitscentralsouthern.org/Story?Feature=Sacred-Heart-in-El-Paso:-A-Jesuit-Parish-on-the-Border&TN=PROJECT-20150304101249 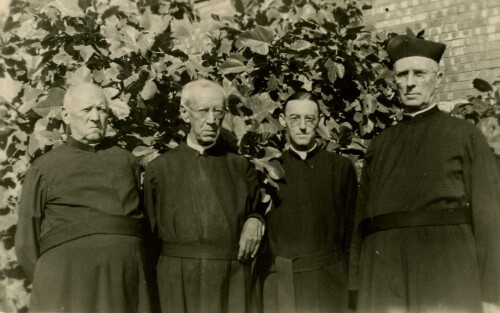